This was an almost standard bike and so has spent its whole life without anything approaching proper filtration of its air and oil. Such refinements did not arrive until the next iteration of the T line – the 850 T3. Evidence of the harm all that dirty air and oil can do is everywhere. 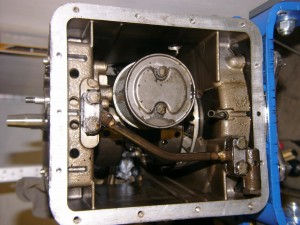 This is what passes for an oil filter on these early 850s. The mesh pot lets plenty of muck circulate endlessly, and the damage done is clear to see on the various plain bearings. 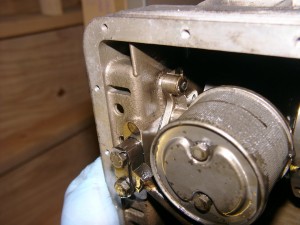 There's space for a proper spin-on oil filter where this sits, and that's exactly what we'll be installing when the time comes. 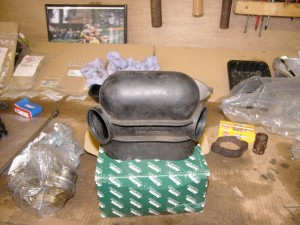 What passes for an air filter on an 850T 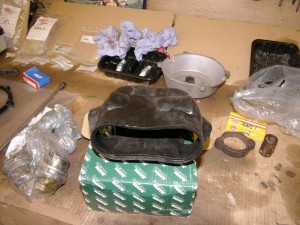 All air and no filter. 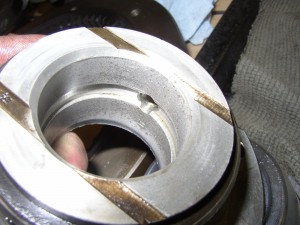 More evidence of dirty oil and lots of it. 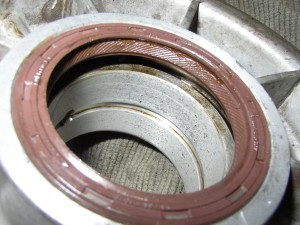 Some deep scoring in the rear main bearing. 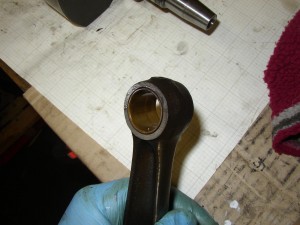 A rather tired little end eye. 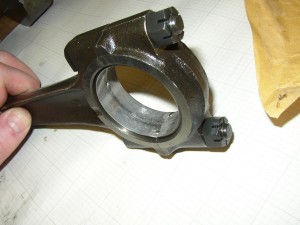 Terrible scoring originating from the oil hole says it all. Note the big chip out of the bearing too. 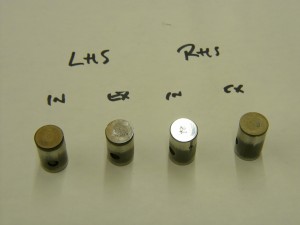 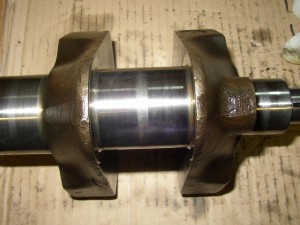 Crankpin looking better than I expected, but a micrometer tells a different story.

Also revealed: a pukka factory fix for porous crankcases. The owner stopped off at Mandello back in ’76 on his way home from Botswana and the factory finally put an end to the weeping. Aluminium putty roughly applied and a coat of sealant. Effective but not very neat. I think we’ll tidy it up. 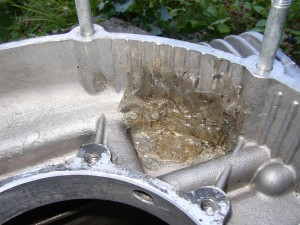 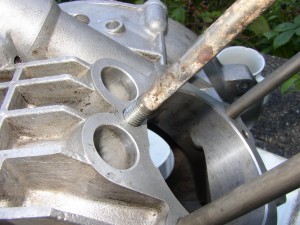 More than one barrel stud was finger tight ... 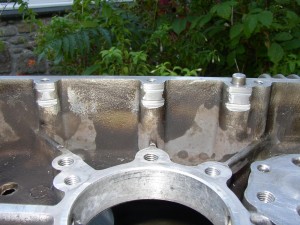 ... and the camchain had been eating the crankcases.