As a first time competitor in a long distance trial and a complete off-road novice, the one thing that baffled me beyond anything else (beyond single digit tyre pressures even!) was how the hell I was going to read (and manipulate) a route card that runs to 20 pages of A4 whilst nipping around the lanes of Devon and Cornwall in the dead of night. If you’ve looked round the paddock at an MCC event you will have seen the extraordinary ingenuity and engineering that goes into solving this problem. Some use full-on, Dakar-style, power-wound, metal route boxes, factory-made by people like Touratech. Others even use sheets of A4 hung round their neck in a plastic wallet. But most use home-made route boxes and the receptacle of choice is almost always the good old, air tight sandwich box.

With a few weeks still to go to the 2010 Lands End, and a patently useless traditional route-finder thing sitting on my desk (it would take about three sheets of A4 at a time and there seemed no earthly way to illuminate or weatherproof it), I was fortunate to be put in touch with multiple MCC gold medallist Richard Harvey, and he let me copy his highly effective snackbox-based technology.

I used my first effort in the 2010 event. Luckily for me I hitched up with an experienced rider who led me round (many thanks again Nick Ellery), because my route instructions proved impossible to read on the move in anything other than daylight. Odd that. It had looked lovely in a darkened garage! Problems were three-fold: font too small, illumination too weak ( a rear LED bicycle light), and the cover was, in reality, too opaque to read through. 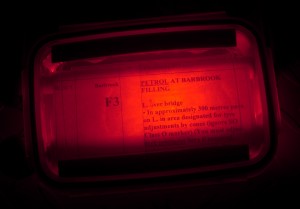 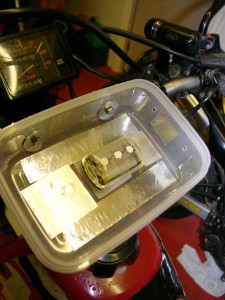 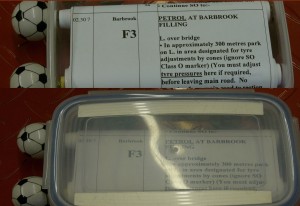 My “new and improved” effort has concentrated on improve readability with three key changes: the box is bigger so the print can be larger; I have replaced my adapted LED cycle light with super-bright LED strips (from Maplin – thanks for the tip, Rick Howell) ; I have removed the central part of the lid of the box and replaced it with optical perspex glued in place with RTV silicone sealant. 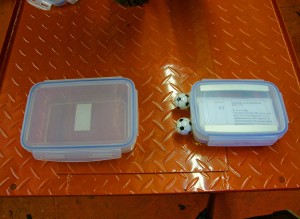 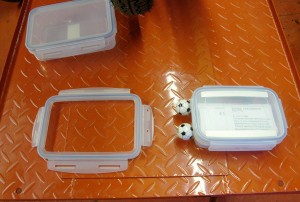 And here’s the finished article, fitted and ready to go. 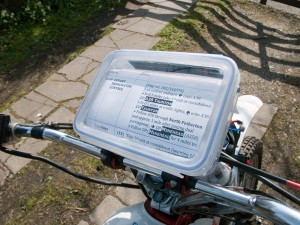 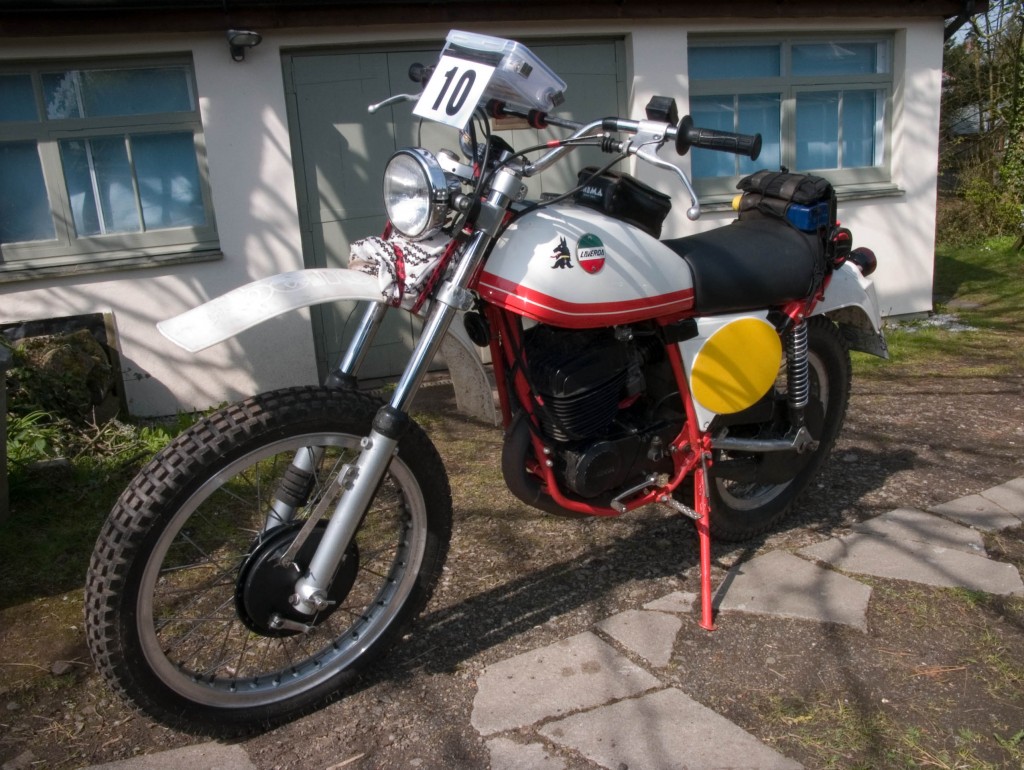