Given how wet it was last summer, we saw quite a few wasps here in 2011.

It started with Vespa Bianco (VB); a lovely white GTS300 Super, in for an oil and filter change. 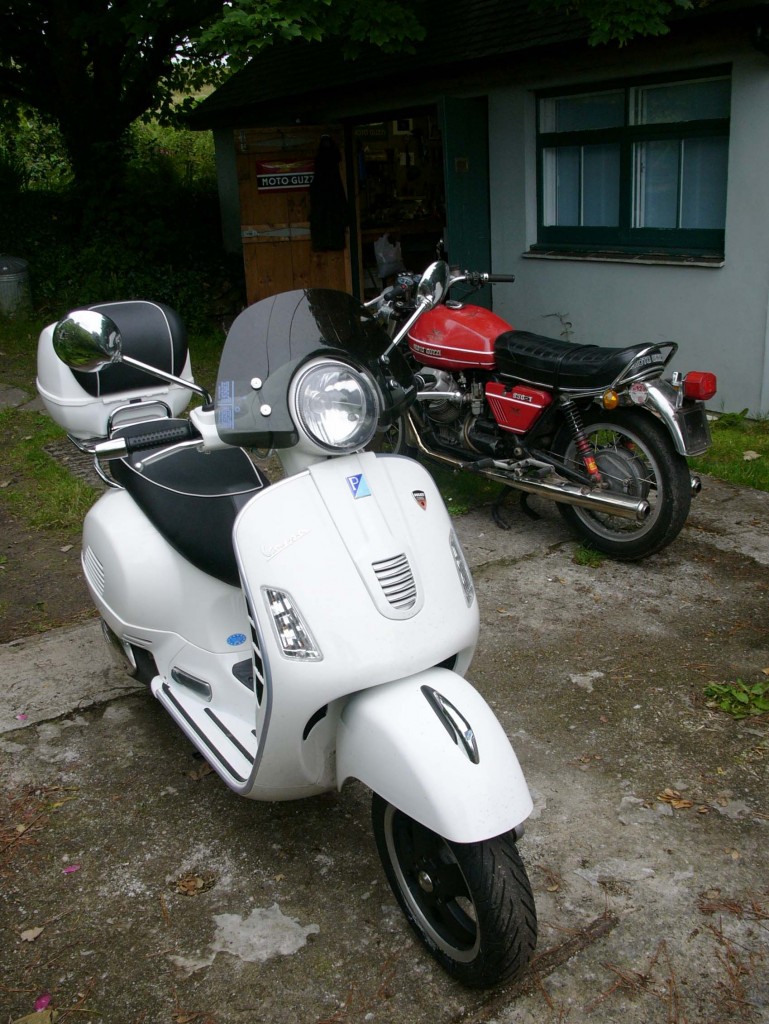 Then its stable-mate, Vespa Nero (VN), an equally well-loved GT200, arrived for a full service and a bit of a spruce up. (Picture shows VN washed and ready for collection.) 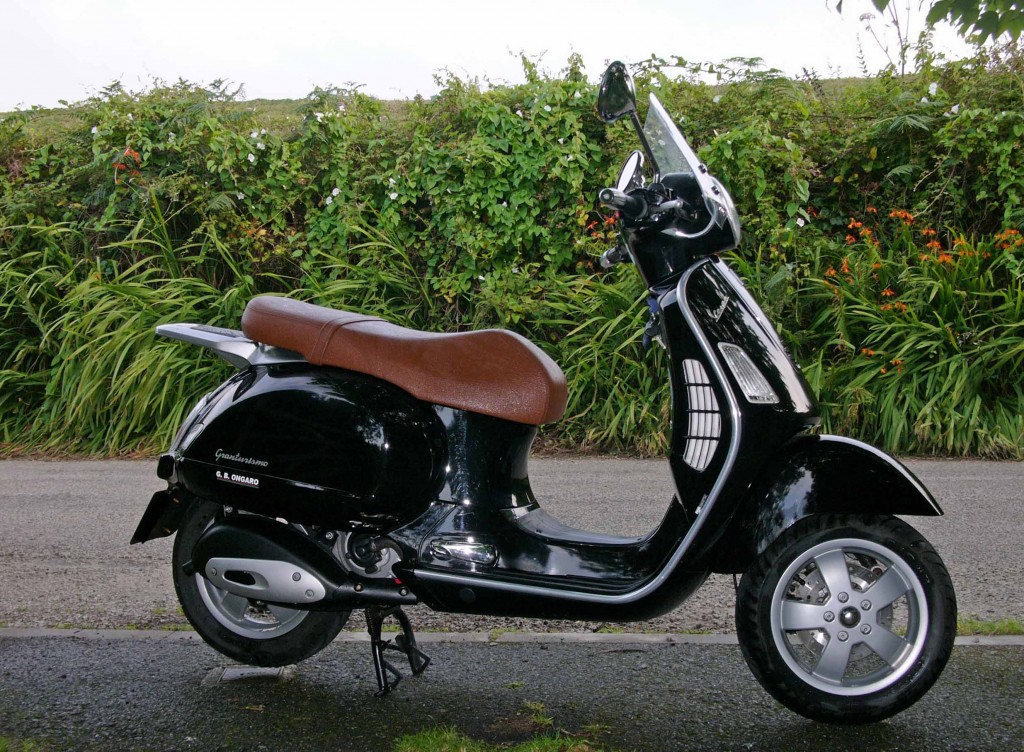 Both bikes were beautifully kept and a credit to their owner. I know some folks think scooters ill-suited for long-haul travel, but these have been buzzing backwards and forwards to Italy for years and they have never missed a beat or given cause for osteopathic intervention.

But now we have had some very sad news. Vespa Nero (VN) – unlikely hero of the autostrade and the A303 – has met with an untimely end on the mean streets of a Roman town, Aquae Sulis.

As the shadows lengthened in West Cornwall it was time for wasps to return home for the winter. We are told that the journey was pleasingly uneventful (and dry), but within a couple of hours of arriving VN had been kidnapped and mortally wounded by a band of marauding teenage vandals. VN’s battered body was found ripped, broken and abandoned in a children’s play area. Nearby, empty swings creaked their mournful and rusty refrain as a breeze blew stiff and chilly.

Vespa Bianco is said to be inconsolable, rattling around that big old garage all alone. The owner, twisted by bitterness and misanthropy, is reportedly trawling the bars of Bath seeking vengeance; hoping to catch sight of the rare and distinctive Fiat-branded waterproof taken from the cavernous and endlessly practical cubby-hole under VN’s sumptious saddle.

VN was insured, but the policy does not cover a broken heart. How could it?

The police are believed to have their best men on the case – working in shifts – but there is, as yet, no sign of a culprit, or the Creedence.

If you have any information – or if, perhaps, an uncouth character in a Bath pub has offered you contraband ’60s rock music (on eight-track cartridge), or some unusually chic waterproofs – please let us know. We will pass any ‘leads’ to the officers running the 24-hour incident room.

On a happier note, here is a pair of strangely comic pictures of the Vespa teams efforts in the 1951 ISDT. 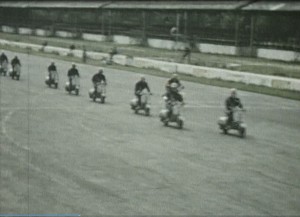 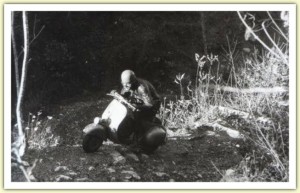 Posted under ISDT,Vespa
Comments Off on Sad news about summer wasps (Vespas)