Well I still can’t say for sure that it would be any help with, for example, a headache. But even I, Gaffa tape’s most enthusiastic promoter, have been startled by recent developments in its application for medical purposes.

A friend of mine, a gifted craftsman in iron, copper and wood, is notorious for inflicting self-harm in the course of practicing his art. He recently arrived here with another enormous gash in his hand. A less creative man would have taken it to casualty. He had neatly mated the edges of his wound with good old GT. More suture than sticking plaster. It healed a treat, which is fortunate because he soon had several more deep lacerations to strap up.

Then a friend and fellow Guzzi nut from Devon (he of the police V50 featured elsewhere) revealed that when he took his painful foot to the doctor, and a splinter of glass or metal was suspected, his GP did book him an X-ray three weeks hence but also suggested he try an alternative remedy in the meantime: foot soakings morning and night plus the day-long application of Gaffa tape in between (to coax the shard to the surface, apparently).

I don’t doubt that unusual applications of GT abound across the globe. I was once told of a chap who would renew his girlfriend’s ‘Brazilian’ at low cost using GT. Or was that a limerick? But for the stuff to be ‘prescribed’ by a registered medical practitioner? Surely this takes us to a new dimension!

But then I saw this and was reminded that there is indeed very little that is truly new under our sun. If you’ve watched On any Sunday you may recognise this poor quality screen capture. 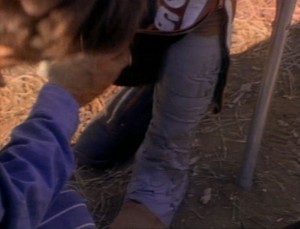 For everyone else: it is the broken leg of Amercan motorcycle racing legend Dick Mann, wearing a Gaffa tape cast so that he could carry on doing this sort of thing. 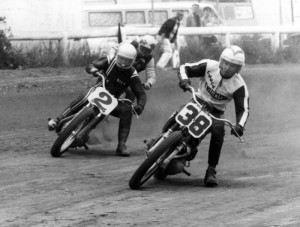 There’s more photos and a very nice interview with the great man here.

By the way, none of this eulogising of GT and its wondrous versatility means we condone this sort of thing. 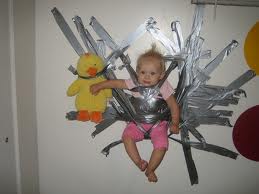 Posted under Uncategorized
Comments Off on Gaffa tape – the universal palliative?