With the Spada Royale now ready for long distance duties, and the timely appearance last summer of a lightly-used aluminium tank, the fates had begun to tell me that it was time to crack on with my plans for a Le Mans II-based cafe racer.

I bought my Le Mans about 15 years ago as a non-runner. The taxman had just taken my Ducati 900SS from me (along with our two-up tool, a BMW GS1100), and buying the Guzzi took every penny of what little I had left. Non-runner or no, it seemed like value for money. It was, after all, a round barrel Guzzi Le Mans! How great was that? I was fulfilling a boyhood dream with this thing. And it came with a small mountain of ‘spares’ which included no less than three crankshafts. More of all that on another occasion, but suffice it here to say that there were good reasons for her status as a non-runner, and it would take a lot of money and a lot of work to make her well again.

Fast forward four or five years and here she is in her new incarnation, dressed like a Mark 1 (silver and black livery notwithstanding). The rearsets and the fairing were among the ‘spares’. The lovely aluminium front mudguard came courtesy of John Williams. The exhaust system is by Keihan. And all the very expensive new engine internals that you can’t see came from Wessons (Brian where are you?) and Spares GB (and Mo where are you?). 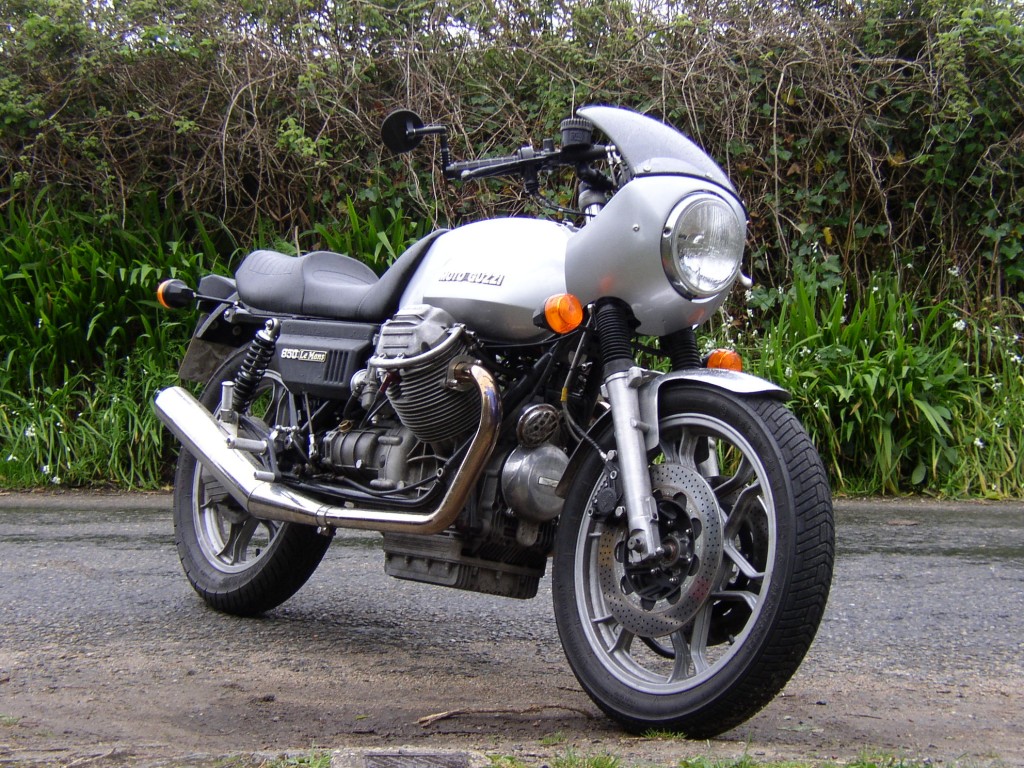 For a while I had a Spada as well so that we could travel comfortably two up, and we took it round France and Spain almost without incident (if you exclude the crash). Here’s Spada and pillion at Jerez for the GP in 2000, and me with her on the hot, dusty road. 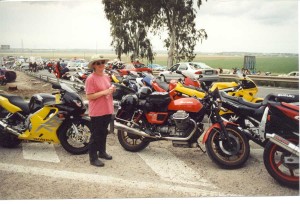 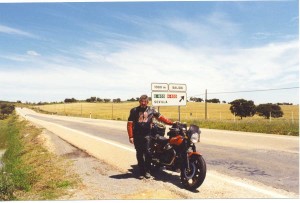 In due course the Spada went to pastures new but I soon began to rather miss the kind of touring we’d done together, with that lovely visceral connection you make with an old bike and her mechanicals over a long journey. Soon a trip to Netley Marsh found me staring at some amazingly cheap Guzzi bits – a Spada tank and bars, and some stainless mudguards – and there and then I hatched a plan to refesh the Le Mans as a T3 lookalike.

And this was the result. 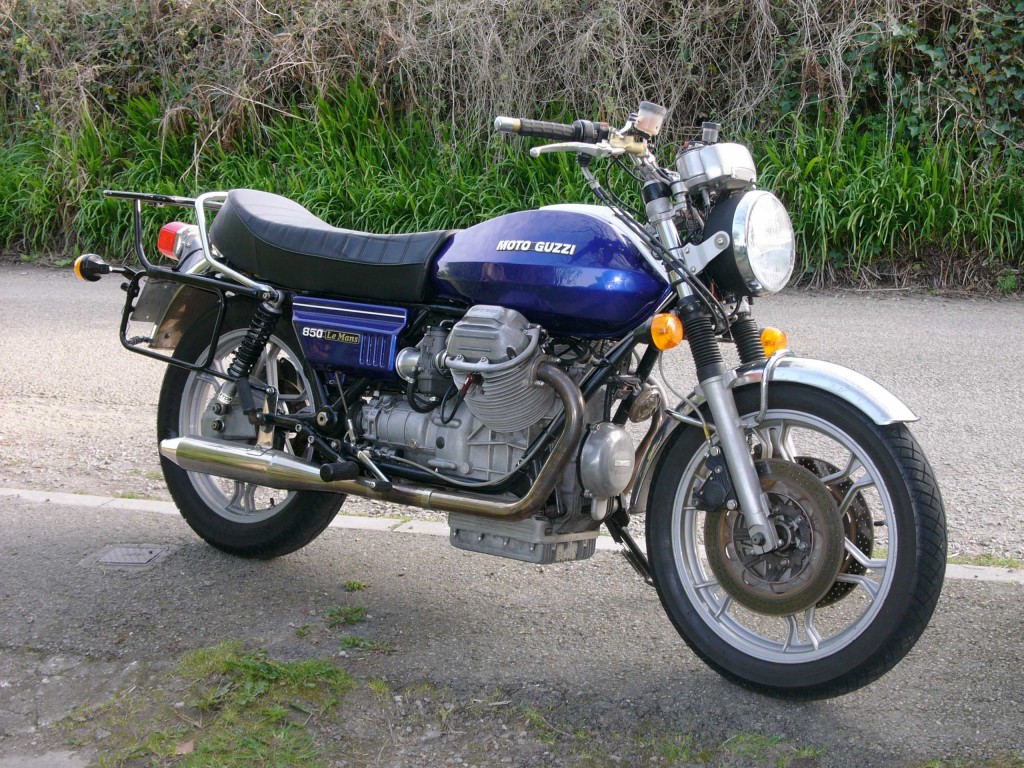 But with the arrival of our new Spada Royale, we have come full circle. We hardly need two tourers and I really miss those head down/bum up blasts past RNAS Culdrose and on to the Lizard that were such a delightful part of owning my Le Mans when she was still unadulterated by comfy seats, low pegs and high bars.

So what next? Well, I’ve made a start and here she is. More on the detail later, but I’ve already ridden her and can report that she is indeed a mighty hoot! 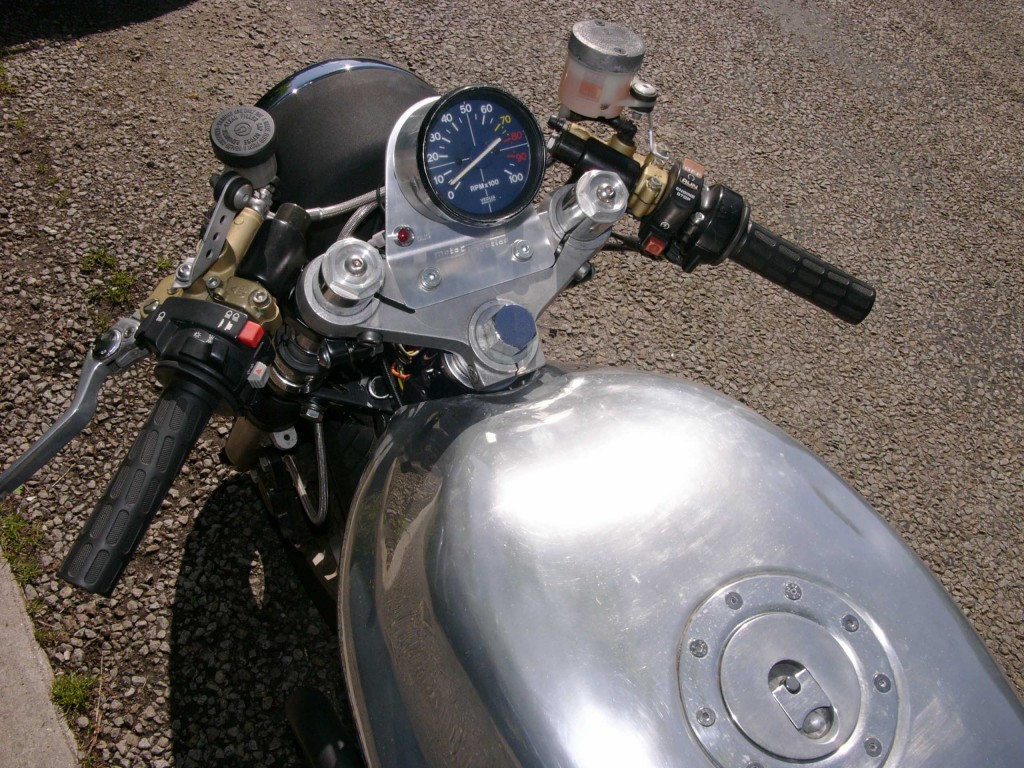