Of brake light switches and MOTs

With the Laverda mechanicals all sorted out I turned to the electrics, anticipating what would surely be an easy MOT. The horn had by-now given up the ghost, but that was no big deal. Simple pattern replacement sourced for a tenner; beautiful original stored for future diagnostics. New old stock CEV headlamp with lovely fresh silentblocs, bought from the wonderfully helpful and resourceful Laverda spares wizard, Wolfgang Haerter in Canada, plugged straight in and should make quite a difference in the pitch black of Dartmoor. The old lamp’s mounts were badly cracked but a bigger concern was a reflector which was surely absorbing more light than it projected. 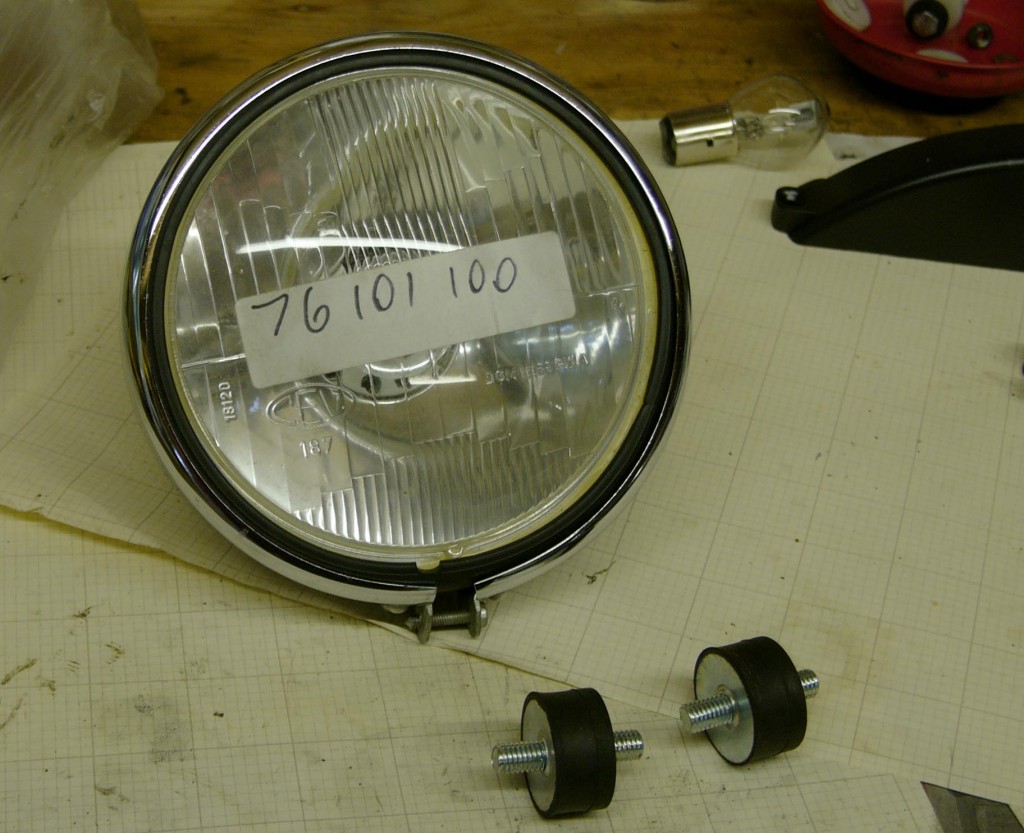 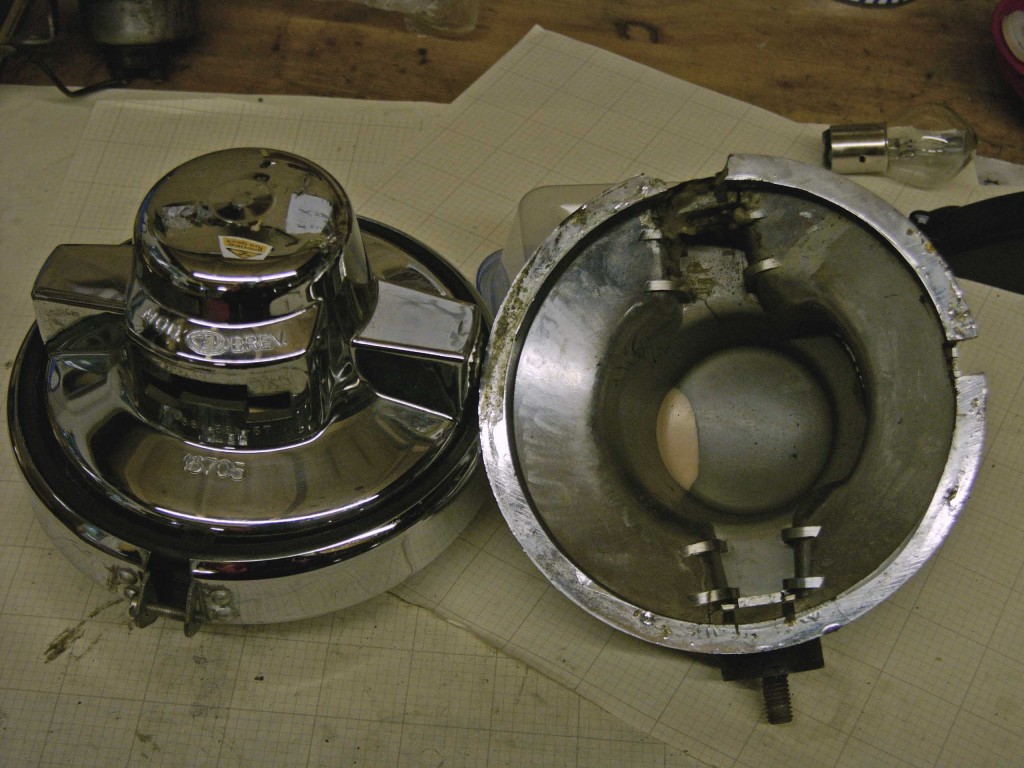 The brake light would not be so simple. The bike must have one for anything other than a daytime-only (ie, no lights) MOT. MCC scrutineers are well within their rights to take a very close look at your MOT certificate, and a daytime-only test would be unlikely to impress them overly just as dusk descends on a Launceston car park at Easter. I quickly discovered that the wire taking the power to the switch was broken, but that was far from the end of the mystery.

Closer inspection revealed a somewhat Heath-Robinson mechanism with the switch plunger (which makes or breaks the contacts inside the switch) was attached not to the pedal by a spring but to the brake rod by a length of old bath-plug chain. On the bench the old switch looked just like those found on endless Japanese motorcycles by which a press on the footbrake pulls a sprung-loaded plunger, which then makes a contact inside the body of the switch, and directs power to the stop light bulb. At rest the switch is off; under tension it is on. 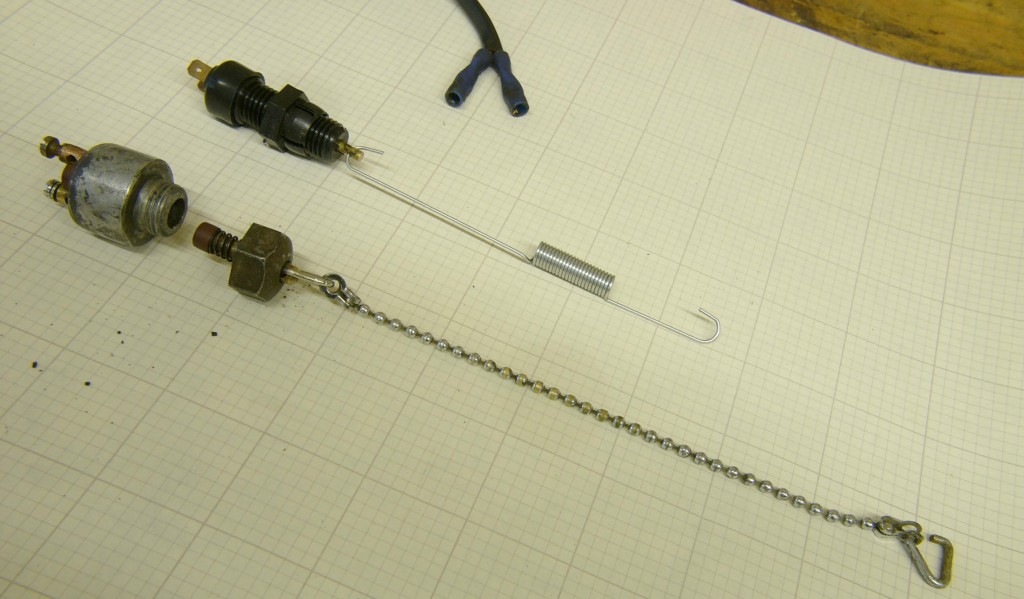 But then I noticed that, as fitted, the switch was under tension with the footbrake off, and that applying the brake released that tension. In other words the exact opposite of a ‘normal’ brake light switch.

I’ve decided to do away with this approach, renew the stoplight wiring, fit a microswitch from Maplin to the underside of the front brake lever and track down an NOS switch at my leisure. More on the microswitch soon. 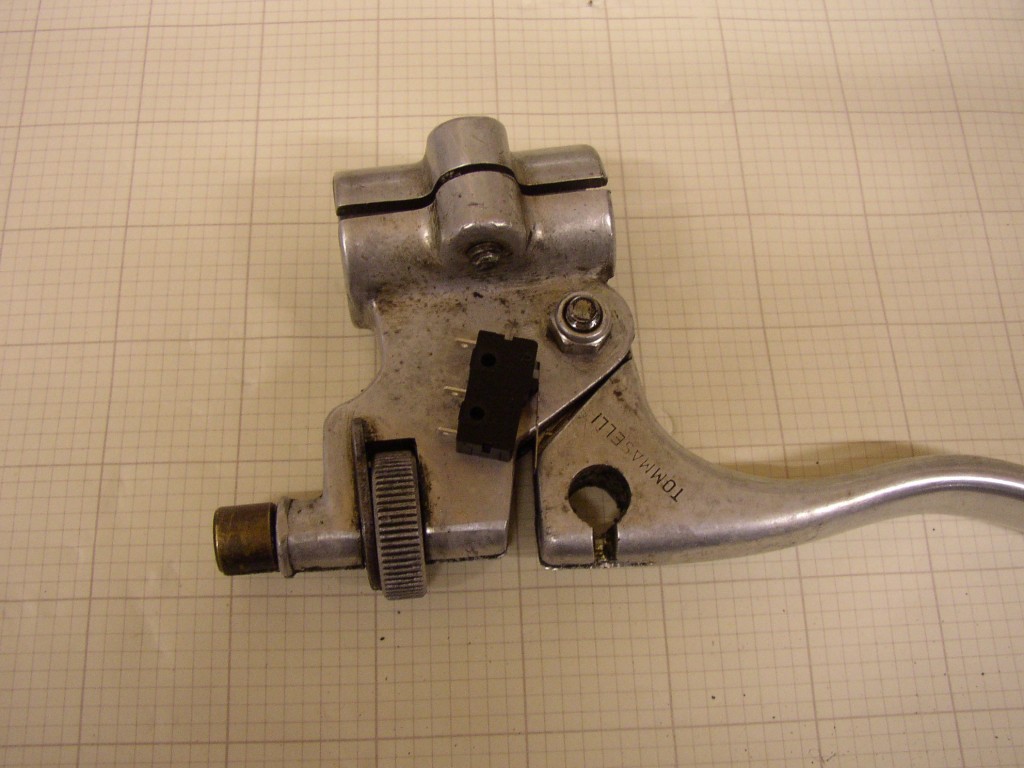 Posted under 2TR,Lands End Trial,Laverda
Comments Off on Of brake light switches and MOTs